What can I do if my iPhone 6 is getting really slow because of the update?

This question was answered on December 28, 2017. Much of the information contained herein may have changed since posting. 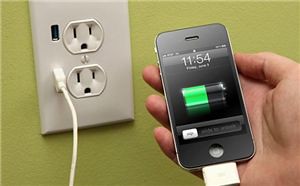 The recent admission from Apple that they have been intentionally slowing down older iPhones since the release of iOS 10.2.1 in January of 2017 has many users upset.

Conspiracy theories have been floating around for years claiming that Apple intentionally makes older iPhones slower to encourage people to upgrade to a newer model, but this wasn’t what they admitted to doing.

The iOS update that started slowing older devices down was in response to an issue users were having with phones that would suddenly shut down.

Apple determined phones with weaker batteries were incapable of operating properly under a full load, which was causing them to suddenly shut down.

The 10.2.1 update was designed to examine the condition of the battery on iPhone 6 or older and when it detected an aging battery, it slowed the processing down to prevent the battery from becoming overloaded and shutting down.

With the release of iOS 11.2, users of iPhone 7 models with aging batteries will be subject to this same slow.

An aging battery turns out to be one of the most common causes of a slow iPhone, so I’d start there.

How Many Charging Cycles?
All Lithium Ion batteries suffer from loss of capacity as the number of charging cycles increase. Apple estimates that after 500 charging cycles, your battery can lose up to 20% of its capacity.

A charging cycle is considered a complete discharge and recharge of the battery equivalent to 100% of the batteries capacity, even if it’s done over several charging sessions.  For instance, if you recharge your battery when it’s at 50% twice, that equals one charge cycle.

There is nothing built-in to your iPhone that allows you to see the number of charging cycles, but knowing what the number is can be very helpful.

If you have a Mac-based computer, you can install an excellent free program called coconutBattery (https://goo.gl/uFU3py) that not only provides excellent info on your iPhone battery, it can do the same for your MacBook battery.

The ‘Loadcycles’ reading tells you how many charge cycles have been performed while the ‘Design capacity’ reading is an indication of the percentage of the original capacity left in your battery.

If you have a Windows-based computer, you can use a program called iMazing (https://goo.gl/ruresP) to check your iPhone’s battery details.

Free Battery Replacements
If you have an iPhone 6s that was manufactured between September and October of 2015, you may be eligible for a free battery replacement.

Apple has created a web resource (https://goo.gl/LXSUTV) that allows you to check your iPhone 6s by entering the serial number of your device. To find your device serial number, go to Settings > General > About.

Battery Replacement Options
If your iPhone is covered by AppleCare+, Apple will replace your battery at no charge when it falls below 80% capacity.

If you’re not sure if you have coverage, you can check here: https://goo.gl/ADx76k

If it’s not covered, Apple usually charges $79 to replace it, but recently announced that it will be offering $29 battery replacements for iPhone 6 or later in the near future: https://goo.gl/rpyHNK

Posted by Ken Colburn of Data Doctors on December 28, 2017