Mac or Windows for College?

Should I buy a Windows or Mac laptop for my child’s first year of college?

This question was answered on August 5, 2021. Much of the information contained herein may have changed since posting. 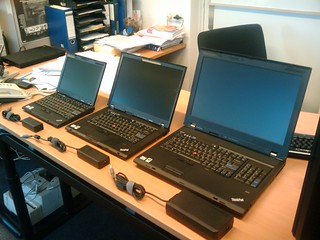 It goes without saying that a computer is an essential tool for anyone going to college, but which one is best for your student will depend upon a number of variables.

Just because they used one or the other at home shouldn’t be the primary factor in the decision.

Start With Course Work
What your student plans to study and specific software that will be required may provide you with an obvious path if that software is operating system specific.

For the most part, it’s likely that everything they’ll need to do can be on either platform but always start by checking this variable.

Windows Laptop Advantages
A couple of the biggest advantages on the Windows side are selection and price.  WIndows-based laptops are available from many different well-known vendors which creates more of a competitive landscape.

This results in a much lower cost of the device as entry-level laptops can be found for around $600 and more advanced devices with larger storage drives and faster processors can be found well under $1000.

Windows laptops are generally less expensive to service as well, especially if a hardware component fails. The number of service companies for Windows laptops is also much bigger.

The serviceability of the laptop can become an issue if your child attends a smaller college in a rural area, so exploring service options before you decide would be wise.

Windows Laptop Disadvantages
The single biggest disadvantage is that Windows is the most targeted operating system by malware because it’s the most widely used.

Lower cost laptops will be built with cheaper and often less reliable components, so that may impact the reliability and long-term performance.

None of the hardware manufacturers have anything to do with the operating system, so each one must create specific drivers and figure out any compatibility issues with the components that they use in each laptop.

This means that service-related issues can often be brand and model-specific, making it a bit more complicated to diagnose.

Mac Laptop Advantages
Since Apple controls every aspect of the laptop from the components to the operating system, the stability and consistency of performance tends to be better.

While it’s far from malware-free, the volume and severity of potential threats is a fraction of what it is for Windows users.

If your student also has an iPhone or iPad and relies on the Apple ecosystem for their music and entertainment, a Mac laptop will integrate seamlessly.

Mac Laptop Disadvantages
Apple charges a premium for their devices and they have a limited selection, so you’ll pay more for something with comparable storage and memory to a Windows laptop.

Another huge disadvantage is that Apple has migrated to laptops that can no longer be upgraded (like iPhones and iPads), which means that if you need more storage or memory, you’re now forced to buy a new laptop.

Apple replacement components can also be more expensive, so if something breaks or they spill a soda on their keyboard, be prepared to pay more.

Posted by Ken Colburn of Data Doctors on August 5, 2021