Mac Attacks; Is It Time for Antivirus Software?

With all the recent news about Apple security holes and issues, is it time for me to install antivirus software on my Mac laptop?

This question was answered on November 21, 2014. Much of the information contained herein may have changed since posting. 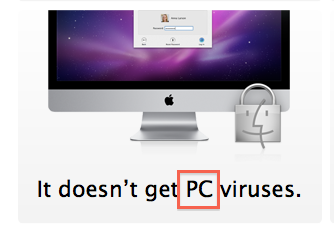 Taken at face value, all the recent reports of new OS X and iOS malware and vulnerabilities would likely cause many Apple users to ask the same question.

Apple has long positioned itself as a safer alternative to Windows and Android and despite the news of several newly discovered exploits recently, it’s a claim that they can well defend.

Apple operating systems have always had vulnerabilities and could be attacked with malicious exploits, but they pale in comparison to the others.

Having said that, as Apple extends the capabilities of their systems, so too will the potential for exploitation be extended.

While the likelihood of the average user putting themself in a position to be exploited by these new threats is extremely low, it does signal a new focus on Apple products by the hacking community.

Many have speculated that the attack on Apple products would increase as the market share increased and the recent news could be seen as support for that viewpoint.

The Wirelurker and Masque Attack exploits were capable of compromising both Mac computers and any iOS devices that were connected, creating a ‘2 for 1’ opportunity for the attackers.

What this should signal to all Apple users is that ignoring security updates and being careless on the Internet is a pretty bad idea these days.

The all too common notion that ‘I use a Mac, so I don’t have to worry’ is what concerns me the most, as this plays right into the hands of the hacking community.

You may have noticed that it’s been a long time since you’ve seen an Apple television commercial proclaiming that Apple computers don’t get viruses.

Apple added a form of antivirus protection called XProtect to the Mac operating system back in 2009 to help identify malicious programs and files but it’s not the same as the full-fledged antivirus programs that are common with Windows computers.

I’m not ready to make a blanket statement that all Apple computer users should install third-party antivirus software, but it can certainly provide additional layers of security.

The behavior of the users would be the biggest variable in this decision as that’s always the largest exposure factor with any computer system.

If you’re the only one that uses the computer, you only get your Mac apps from Apple and you use browsers that have lots of security extensions like Google Chrome or Firefox, I wouldn’t put a high priority on installing AV software.

If, however, you have kids that aren’t afraid to try anything on the Internet or that like to explore every new thing that pops up online, having the extra layer of protection may make sense.

Getting tricked into installing something malicious is the biggest concern when it comes to veracious young Internet users.

By and large, the use of Apple products is still significantly safer than the alternatives, but taking security lightly isn’t an option anymore.