Do the new FAA regulations mean I can finally use a drone in my real estate business soon?

This question was answered on February 18, 2015. Much of the information contained herein may have changed since posting. 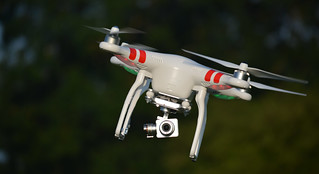 The Federal Aviation Administration on Sunday unveiled its proposed regulation on ‘unmanned aircraft systems’ (UAS), which most folks refer to as drones.

At the moment, you cannot use these devices for commercial purposes without the express permission of the FAA, which is nearly impossible to get.

Commercial use is currently described by any use in connection with a business, the selling of photos or video taken from a UAS, aerial inspections, security or telecommunications.

Basically, if your business benefits from the use, you’re probably in violation of the current FAA rules.

The proposed regulation finally provides a structured outline for opening them up for commercial use, but they will not apply to recreational use, nor will they apply to model aircraft.

-       They must remain in visual line of sight of the operator

-       Operators must be at least 17 years old, pass an aeronautical knowledge test, pass a TSA background check and have an FAA UAS operator’s certificate.

-       Knowledge testing must be renewed every 24 months

-       The UAS will need to be registered and have aircraft markings, similar to other FAA regulated vehicles

What’s important to understand, is that these are proposed regulations and are a long way from becoming ratified, so don’t plan on using your drone any time soon.

The FAA will submit the proposed regulation to the Federal Register and take public comments for 60 days at http://Regulations.gov and hold public meetings to discuss it further.

After that, they could make modifications or changes and resubmit for public comment, if necessary.

Even if they went with exactly what is currently proposed, creating the specific processes and knowledge tests outlined is going to take some time.

I wouldn’t be surprised if it takes another year or two before you can even petition to get your UAS operator’s certificate (remember, this is a government agency we’re talking about!)

If you want all of the current rules for UAS usage, the FAA encourages you to visit: http://knowbeforeyoufly.org

On a separate note, the drone industry has launched a new website called http://NoFlyZone.org that allows you to tell them you don’t want drones flying over your private property.

Not all manufacturers are participating, but the ones that are pledge to hard code these GPS coordinates into their devices to prevent them from flying over your property.