Can you explain what I need to know about ‘mobilegeddon’ for my website?

This question was answered on April 22, 2015. Much of the information contained herein may have changed since posting. 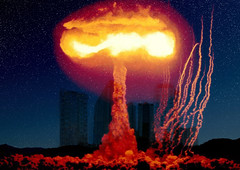 It’s not hard to understand the impact that smartphones have had on our online behaviors and Google is addressing this shift for those using search on a smartphone.

Mobilegeddon is a catchphrase that has been floating around the Internet to reflect a pretty major change that Google search has undergone to favor sites that are moble-friendly over those that aren’t for smartphone users.

The algorithm change went into effect on April 21st and could catch some businesses off-guard if they aren’t aware of this significant shift.

Since mobile search traffic is such a huge sector of the population, websites that don’t adhere to Google’s definition of ‘mobile-friendly’ will likely see a sudden drop in traffic.

Mobile-friendly generally refers to sites with large text, easy-to-click links that resize to fit whatever screen they're viewed on automatically.

The most common way to accomplish this is through what is called ‘responsive web design’, which is built-into many popular website tools such as WordPress, Squarespace, Wix and Weebly.

In the past, many have argued for the merits of creating a website designed to serve desktop users and a separate site specifically designed to improve a mobile visitor’s experience since the display areas are so different.

Well, there’s nothing to argue about anymore, as Google has made it clear that it’s going to favor responsive websites for mobile users.

To clarify, Google is not including tablets such as the iPad, in what it calls mobile users.

Because tablets have screen resolutions that rival desktop computers, Google separates them from smartphones when it refers to mobile traffic in this context.

The natural question then goes to whether larger phones also known as ‘phablets’ are considered smartphones or tablets by Google, which isn’t clear to me.

My suggestion is to ignore the phablet question and make sure your site is responsive so it has the best chance of properly rendering on any device to avoid being demoted by the new algorithm.

If you’re not sure whether your site is considered ‘mobile-friendly’ by Google, there is a quick way to find out.

Visit the Mobile-Friendly Test page that Google setup at: https://google.com/webmasters/tools/mobile-friendly and put your web address into the analyzer box.

If your site is deemed ‘not mobile-friendly’, you’ll get some information as to why, such as ‘Content wider than screen’, ‘text too small to read’ or ‘Links too close together’.

This tool evaluates your site on a page-by-page basis (not the entire site) so start with your home page and move on to your most important pages to makes sure everything is to Google’s standards.

Generally speaking, if your home page passes, the rest of your site should pass, but don’t assume anything.

I’d also suggest monitoring your web analytics closely to compare traffic before and after April 21st to see if any popular pages had a significant drop-off in traffic.

While you’re at it, take the time to test how fast your pages will load on a mobile device along with tips to improve speeds with the PageSpeed Insights tool: https://developers.google.com/speed/pagespeed/insights.