Tips for Testing Your Computer Hardware

I’ve spent more than 8 hours trying to install Windows 10 from scratch on my computer, but no matter what I do, it fails. What am I missing?

This question was answered on March 23, 2016. Much of the information contained herein may have changed since posting. 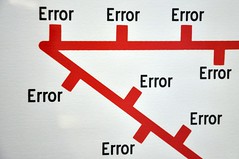 Unless you have a really old machine, doing a clean installation of Windows 10 should go relatively smoothly.

Without examining your system, it’s pretty hard to pinpoint the issue but the fact that you’ve obviously tried many times with no success leads me to believe you may have a hardware problem.

Often times, the most overlooked aspect of servicing a computer is the hardware, even with seasoned professionals that assume the problem is software related.

We always start our service with a visual inspection of the motherboard to see if there are any obvious signs of bulging or blown capacitors, which can cause any number of hard to pin down issues (examples show here: http://goo.gl/ewVnPY).

Blown or bulging caps are also notorious for causing intermittent problems and could definitely impact your installation process if they exist, so start there.

If you don’t see any physical issues, moving on to some of the other ‘easier to test’ components would be your next step.

Since you don’t have a functioning Windows operating system to use the built-in utilities, I’ll focus on third-party utilities you can use to test the various components.

Diagnostic software to test the actual motherboard can be a little limited or expensive, but if you have an Intel processor, you can easily test it with Intel’s Processor Diagnostic Tool (http://goo.gl/YW6XYE).

A bad stick of RAM can also cause many problems so running a stress test with a utility like MemTest86 (http://goo.gl/YqnNqg - the free version is all you’ll need) is a way to eliminate the RAM.

Another common issue, especially if your computer is a little older is a hard drive that’s developing bad sectors.

If you think of your hard drive storage system as a huge tic-tac-toe board with tens of thousands of squares instead of just nine, each one of those squares would be considered a sector.

When a sector goes physically bad, it no longer works properly when called upon, so if your hard drive is starting to develop a large number of bad sectors, it’s generally a sign that the health of the drive is deteriorating.

There is a free HDD scanning tool that doesn’t require you to have a functioning operating system called  HDDScan (http://goo.gl/xbqe4K) that can test virtually any type of storage device.

BTW, if it turns out that your hard drive is bad, strongly consider upgrading to a newer Solid State Drive (SSD), which is exponentially faster than a traditional magnetic hard drive.

Since the hard drive is the biggest bottleneck in your computer, upgrading it to a SSD will make a big impact, especially if you do disk intensive activities (gaming, video editing, photo editing, etc.).

Lots of other components, like the power supply, your network card, video card or other optional accessory cards could potentially be the causing issues, but it’s a lot less likely.

This process of elimination will generally lead to either discovering the defective component or eliminating the hardware as the problem.