When a smartphone claims to be water resistant instead of waterproof, what’s the real difference?

This question was answered on September 28, 2016. Much of the information contained herein may have changed since posting. 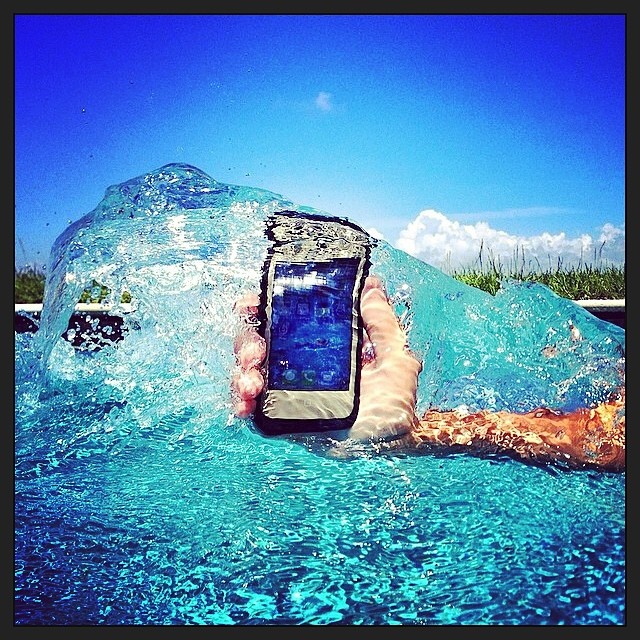 Since water damage is one of the most common problems experienced by so many, getting a phone that can protect itself makes sense.

The technical definition of water resistant is that it’s able to resist the penetration of water to a certain degree but not entirely.

Waterproof technically means that it’s impermeable to water, no matter how much time it spends in water.

Unfortunately, these terms are thrown around as if they were interchangeable by so many.

With Apple throwing it’s ‘water-resistant’ hat in the ring with the iPhone 7, joining others like Samsung, Sony, Motorola and Kyocera, understanding the technical differences is helpful.

What the ‘IP’ Rating Means
Today’s smartphones generally have certifications published when it comes to resisting the elements signified by ratings such as IP67 or IP68.

The IP marking for International Protection or Ingress Protection (depending upon who you ask) is followed by two numbers.

The first number designates its ingress protection against solids, such as dust with numbers ranging from 0 to 6 (the higher the number, the better the protection).

When you see a 6 for the first number, then the smartphone is ‘Dust Tight’ which means it’s completely protected against contact with dust.

Having this rating an be important for hikers, mountain bikers or anyone that wants to use their smartphone in dusty environments.

The second number refers to the ingress protection against liquids, with numbers that can range from 0-9 (again, higher is better).

Can I Swin With My Smartphone?
Apple’s recent iPhone 7 announcement included news that it was water-resistant with a certification of IP67.

This means that it’s completely dust-proof and it can technically be submersed in water of up to 1 meter (@3 feet) for a duration of up to 30 minutes.

Many Samsung and Sony smartphones have an IP68 rating, which technically means that they are completely dust-proof and water-resistant in depths ranging from 1 to 3 meters for a duration as determined by the manufacturer (usually 30 minutes).

These descriptions may make it sound like you can use your smartphone in the pool to take underwater pictures, but none of the manufacturers will recommend it.

The actual laboratory tests are done with smartphones in standby mode, meaning they aren’t being used in any way during the tests.

What it does tell you is that with either an IP67 or IP68 rating, if you get pushed into the pool with your smartphone, the chances of its survival are very high.

I’ve actually owned a Sony Xperia Z3 for years, which was one of the first consumer handsets designed to be water-resistant and the few times that it has been in water, it’s done just fine.

Additional Considerations
If water gets on the screen while it’s active, it’s not going to respond like it normally would because water conducts electricity just like your finger which is why using it underwater isn’t recommended.

Another thing to keep in mind is if the screen on a water-resistant phone gets cracked, replacing it will likely break the factory seal that protected it, so it will no longer be water-resistant.

Posted by Ken Colburn of Data Doctors on September 28, 2016