What can I do to be safe when using public Wi-Fi?

This question was answered on July 13, 2017. Much of the information contained herein may have changed since posting. 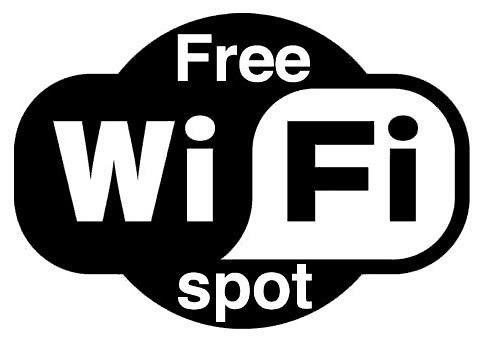 The convenience of public Wi-Fi networks has become somewhat of an expectation when we’re away from our primary home and work connections, but it’s important to understand the risks.

Anytime you share a connection with strangers, whether it’s at an airport, on an airplane, in a coffee shop or at a hotel, anyone else on the network can use a variety of tools to capture the traffic floating through the network.

Rented Space
Think of public Wi-Fi as a rented space, like a hotel room - where you have no idea who else has access to your stuff.

Leaving valuable items in your hotel room while you’re out has inherent risks, even though in most cases nothing bad will happen. Using public Wi-Fi also has inherent risks which are greater because of the ease in which compromises can occur.

Any activity that requires you to type in a username and/or password is best avoided on any public Wi-Fi connection.

Man-In-The Middle Scams
While sharing a connection with strangers is a very real threat, a bigger threat is getting fooled into connecting to a rogue connection posing as a legit one.

The off-the-shelf technology available to quickly setup a fake Wi-Fi connection runs less than $100 and fits in your shirt pocket.

Originally developed as an audit tool for IT administrators, these devices have been repurposed by cyber-thieves to setup the hard to detect Man-In-The-Middle (MITM) scams.

They connect to legitimate Wi-Fi connections and then mimic them or they’re setup as an alternative ‘free’ connection in areas where users are generally required to pay.

Thieves know that everyone wants to connect to free Wi-Fi, so they will often call their connections ‘free Wi-Fi’ in airports or in congested urban areas.

VPNs and Private Hotspots
If you’re a regular user of public Wi-Fi, you should consider installing a tool known as a VPN (Virtual Private Network - https://goo.gl/FBGEGc) which will essentially make your data invisible while you’re connected.

The very best way to stay safe in public places is to use your own cellular connection by turning your smartphone into a hotspot (be sure you turn off the Wi-Fi first!)

By tethering to your smartphone, you will be the only one on the connection, therefore bypassing the ‘stranger danger’.

Private Hotspot Issues
Two things to keep in mind if you are going to use your smartphone as your hotspot: battery life and your data plan.

I always find a power outlet whenever I turn on my smartphone’s hotspot because it’s a battery killer.

If you’re on a limited data plan, sharing your phone’s connection with your laptop or tablet can eat up your data in a hurry.

Another option, especially frequent travelers with multiple devices, is to use a separate personal hotspot such as Verizon’s MiFi (https://goo.gl/FpU65P) or Karma’s pay as you go option (https://goo.gl/xo6ZoL).

Both will have exponentially longer battery life as hotspots, so you won’t have to find a power outlet and they won’t eat into your smartphone’s data plan.