Free Alternative to the 'FixMeStick'

Is a FixMeStick any good for removing malware and viruses?

This question was answered on May 28, 2020. Much of the information contained herein may have changed since posting. 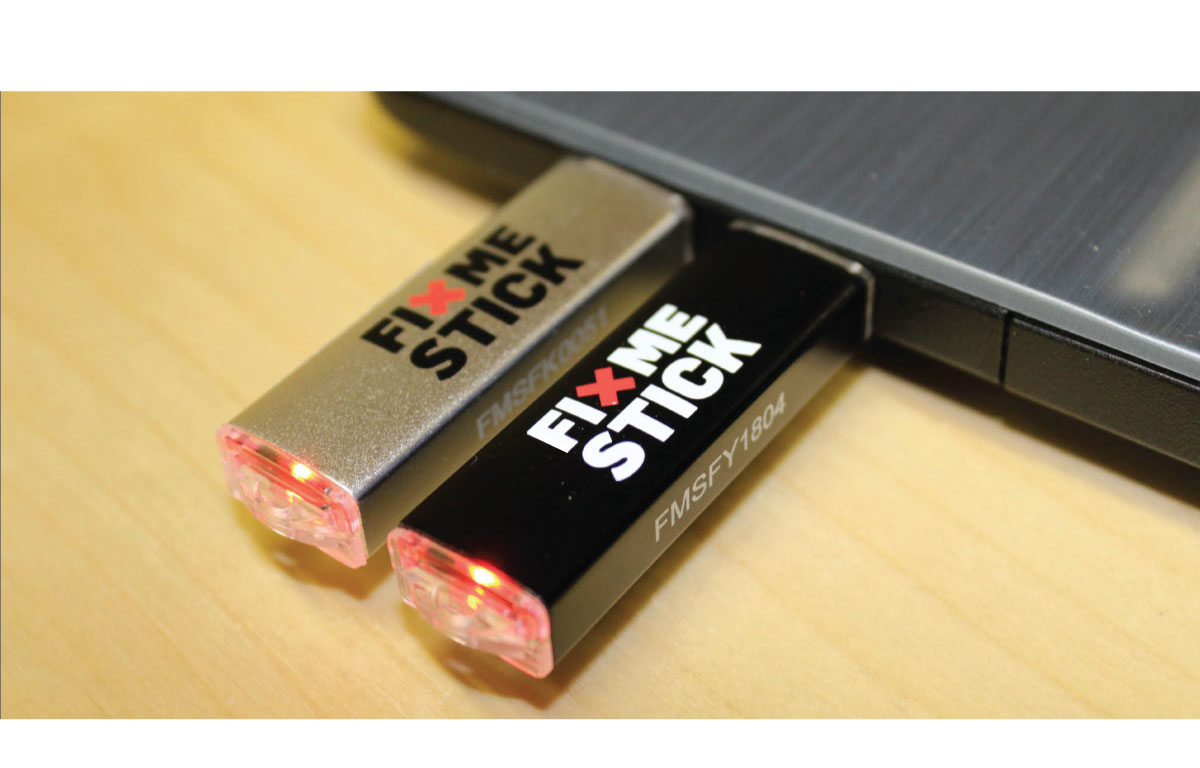 There is no one-size-fits-all approach to removing malicious code from your computer. The best way to deal with malware and viruses changes based on a number of variables, including the specific type of malware, the state of the computer (running or not) and your technical skills.

When malicious code attacks your computer, it’s not just doing so in a single place.  It will add files and make changes to many parts of the computer, which all must be addressed for a proper removal.

Simply disabling the malware but leaving remnants of the code lingering in the computer can potentially allow for reinfection or cause erratic behavior due to changes that it made to the Registry or other underlying layers of your operating system.

While the FixMeStick may sound like one of those ‘it can fix anything’ solutions, it’s really designed to deal with scenarios that require a rescue process, like when the computer won’t boot because it’s been infected.

It’s not designed to be your first line of defense like traditional Internet security software; it's used in the event your active protection gets bypassed or compromised.

In my decades of servicing computers, this ‘rescue’ scenario is pretty rare, as most issues that cause a computer not to be able to boot have nothing to do with a virus or malware.

Make Your Own Rescue Drive
If you already have an anti-virus or Internet security program installed on your computer, you most likely have a way to create your own rescue disk or flash drive for free.

You can use the search term ‘rescue disk’ in the help menu of your specific program or at the software company’s support website to get the instructions. You can also use the free rescue disk option from Trend Micro (https://bit.ly/3cfyiZc).

Rescue drives can be generated on CDs, DVDs or USB flash drives, which is a good idea for everyone to have well in advance of an incident.

Mixed Test Results
There have been many products that attempt to provide some form of automated cleanup, but it’s an incredibly difficult thing to do.

Not only are there millions of variables that must be accounted for, but when software or hardware is changed or updated, the program has to account for thousands of new issues, none of which matter if the user doesn't keep the program updated.

With all of this complexity to program for, it’s impossible to be as thorough as a manual process that examines all aspects of your computer that can be impacted when an infection occurs.  Think of it as having your car washed vs having it detailed; when your computer gets infected, a quick cleanup is not the right choice.

This has resulted in two potentially undesirable outcomes whenever these types of programs are widely tested: incomplete removal or unintended corruption to the operating system.

The Ultimate Proof
The most obvious sign that the FixMeStick isn’t nearly as effective as they may make it sound is that industry professionals don’t use it.

If it were highly effective, it would save those that work on thousands of computers an enormous amount of time.  Pros know that if you miss something during the cleanup, you’ll end up having to deal with the aftermath later, which isn’t good for business or the customer.