I’ve tried satellite Internet in the past in my RV and it was terrible, so will Starlink be any better and worth considering?

This question was answered on October 29, 2020. Much of the information contained herein may have changed since posting. 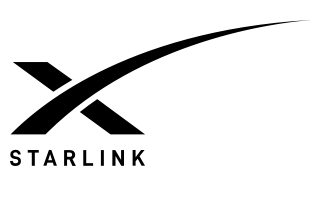 If you live in an underserved rural area or travel in an RV to areas with no cell signal, satellite Internet has been an expensive, low-performance option that some use out of necessity.

Typical satellite Internet services offer slow speeds and high-latency because of the limitations of traditional satellite networks that are far away from the earth.

Elon Musk aims to change all that with the Starlink network.

What is Starlink?
Starlink is an effort by SpaceX to create a whole new option for high-speed Internet access anywhere in the world with the goal to offer service comparable to mid to high-speed options that exist in most urban and suburban areas.

Starlink's key difference is that it will be utilizing thousands of low-orbit small table-size satellites, which will provide faster transmission rates over the older high-orbit satellite networks.

Instead of orbiting at over 22 thousand miles above the earth, Starlink will be orbiting at 340 miles.

The high-orbit HughesNet has a maximum speed of 25 Mbps (Megabits per second) in perfect conditions with the more likely speeds being almost half of that, while Starlink is touting their initial speeds will be between 50-150 Mbps when it becomes available.

Initial reports from those that have been able to test the service suggest that both download and upload speeds were significantly better than existing options.

The more important spec being publicized is their much lower latency of 20-40 millisecond vs. the typical 500-700 milliseconds from existing satellite Internet services.

Latency is a measurement of the response time when making a request on the Internet - the lower, the better.  It has as much to do with how fast things load as high download speeds.

Think of low latency as fewer stoplights on a trip through town. Driving a 200 mph Ferrari that has to constantly stop at stoplights will take longer than a smart car that takes an alternative route with far fewer stoplights.

The eventual goal is to have a large enough number of satellites to create a mega-constellation that covers the entire globe.

What Will It Cost?
The initial monthly rate for the service is going to be $99 with the additional one-time cost for the hardware kit of $499, which consists of the satellite terminal, a mounting tripod and a Wi-Fi router.

Starlink is calling their current phase the ‘Better Than Nothing Beta’ test to try to manage expectations of their service that could include ‘brief periods of no connectivity at all’.

One of the parameters of service that hasn’t been confirmed is whether there will be a data cap like the other satellite providers employ.

As with any new technology, waiting until things settle in allows you to avoid the aggravation associated with using ‘bleeding edge’ technology as it works out the kinks, but it’s understandable why this technology is creating a lot of buzz for those that live full-time in RVs.

If you want to stay up to date with their progress as well as areas of availability, you can sign up for email updates at: https://www.starlink.com

Posted by Ken Colburn of Data Doctors on October 29, 2020