How can ads for things that I’ve only talked to others about magically show up on Facebook if they aren’t listening to my conversations?

This question was answered on June 3, 2021. Much of the information contained herein may have changed since posting. 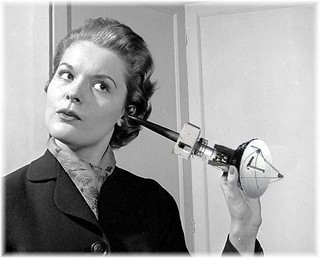 Taken at face value with little understanding about how targeted digital advertising has evolved, it would be easy to draw the conclusion that the big tech companies are spying on us by listening to our conversations.

It’s Technically Impractical
Facebook has roughly 2.85 billion active users a month, so in order to listen to everyone’s conversations 24/7 to deliver ads, it would require an enormous amount of processing power and storage that would be cost-prohibitive.

My back of the napkin estimate is that it would generate roughly 4 exabytes of audio data per day, which translates to 4 million terabytes per day that would all have to be processed rather quickly for this conspiracy to be true.

They would also have to figure out how to keep such a huge program under wraps since it would take a large number of programmers and hardware techs to make this all work with no one ever leaking anything about the project.

They Don’t Need to Listen to Your Conversations
The sad fact is that Facebook has so many ways to predict which ads might resonate with you that are more efficient than figuring out how to listen to everyone’s conversations.

When an advertiser creates an ad campaign on Facebook, they start by listing out the age, gender, location, interests, etc. of their target customer.  This information is just the beginning of how you become a target of a specific ad.

Let’s take the scenario where someone you recently met told you about a new product that they are using and how much they love it in a casual conversation.

That person has obviously made it known to the advertising world that they have an interest in the product because they searched for it and in this case, made a purchase of it.

The location-based tracking that’s ongoing knows that you and this person were in the same location together.

If you fit the demographics for the product, an ad will likely be delivered to you in the near future because they know that you were just in contact with someone that liked the product.

This is just a simple example of the AI used to predict ads, which is exponentially more sophisticated.

It’s Been There All Along
There’s another possibility that doesn’t require much imagination since we're all bombarded with ads throughout the day.

The product was being advertised to you for a while, but because you’re exposed to an estimated 4,000 to 10,000 ads per day, you didn’t really ‘see’ the ad until it came up in a conversation.

Disabling Facebook’s Mic Access
If none of this convinces you, try disabling access to the mic for the Facebook and Messenger apps in your phone’s privacy/app permissions setting.

Keep in mind you won’t be able to participate in any voice-related Facebook activities if you do this and I’m quite certain that the creepy ads won’t stop showing up either.