Southwest corner of Frank Loyd Wright and Via Linda next to Safeway.

Have a Question? Ask Here!

I believe it was Steve Lott who serviced my computer. What a relief to get it fixed same day! He made no promises that he could get it fixed same day, but it ended up that I only needed a new hard drive. They had one, installed it and VOILA!! It was ready! I have a presentation to research and prepare for TOMORROW and he was a miracle worker. thank you! thank you!

Steve Iott has taken care of all of my computer needs now for many many years. I would never allow anyone else to touch it. He has bailed me out, and he knows when I need my computer for work or not, and does his absolute best to help me out quickly.

The computer was slow. It is now running as fast as ever.

Jeremy was totally wonderful!! He went above and beyond and

did a fabulous job in a timely manner.. He made certain I under-

stood all that he did and that everything was just right for me.

He was informative, instructive and gracious.

Dreaded having to have a technician to deal with -- but

Jeremy was not like the ones at Best Buy! If you have lots

of Jeremys you will be very successful - no wonder Best

Buy is in trouble.

Thanks for having him there! I appreciate all that he did,

and he did it so well.

I deal with store the store at Thompson Peak and Raintree, store #201, I believe. I have dealt with them ever since they opened, and would think of going no place else!

Actually, they do come to my house and pick up and deliver for me, for which I am very grateful!

I cannot say enough good things about them! I just bought a new computer and am excited to get comfortable with the new programs. 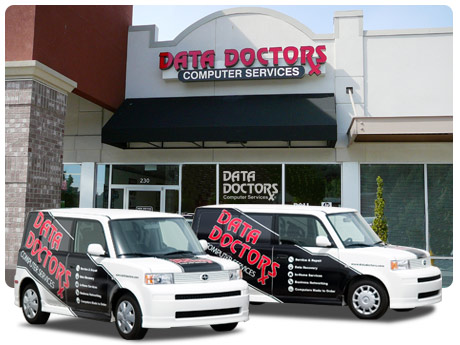 About this location - North Scottsdale

We also work on Apple systems at this location. We specialize in extensive laptop repairs in shop. We do not send laptops out of this location.

Click/Tap to Print this Coupon

Not valid for Quality Care services or with any other offer

Hours at this Location